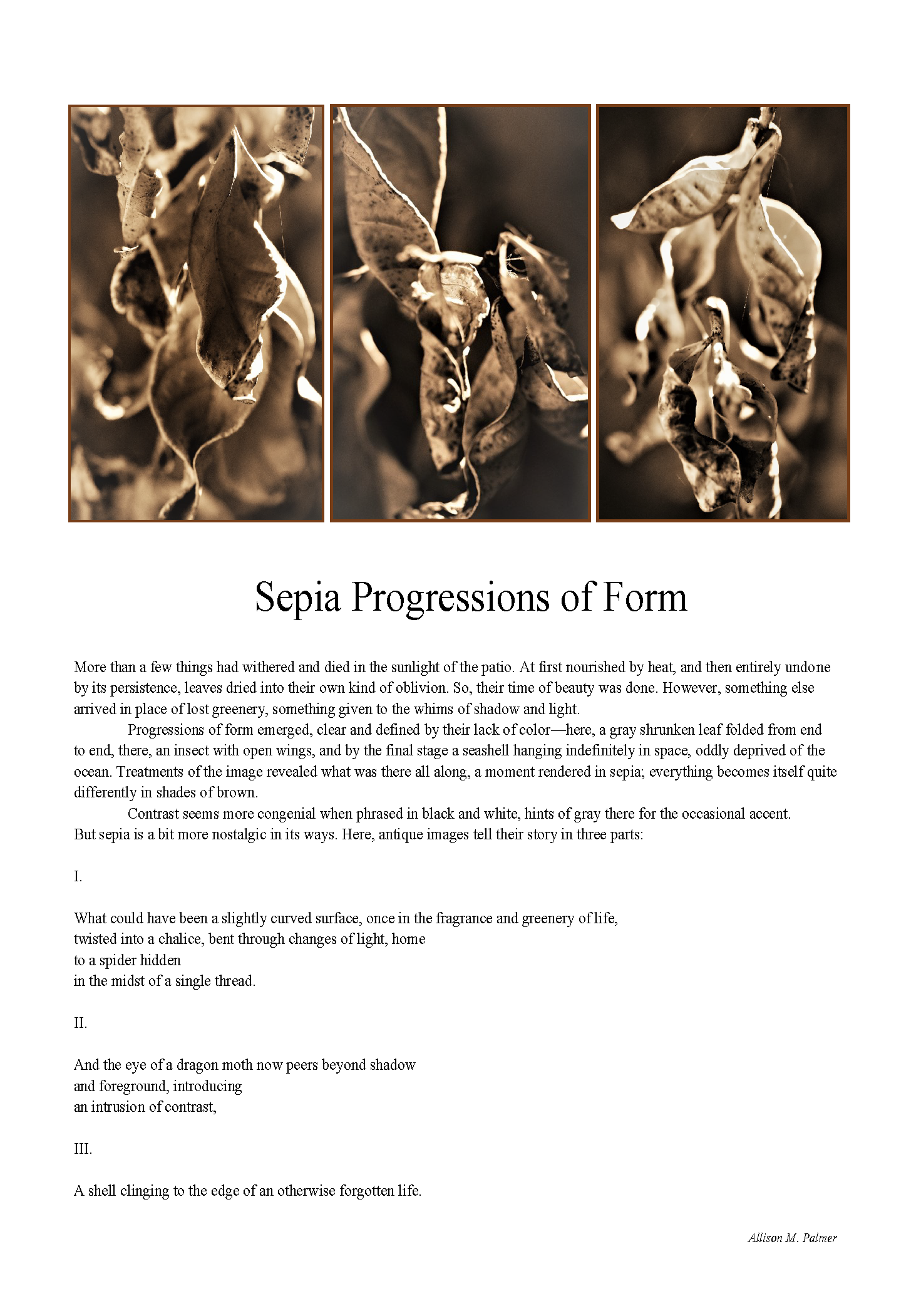 More than a few things had withered and died in the sunlight of the patio. At first nourished by heat, and then entirely undone by its persistence, leaves dried into their own kind of oblivion. So, their time of beauty was done. However, something else arrived in place of lost greenery, something given to the whims of shadow and light.

Progressions of form emerged, clear and defined by their lack of color—here, a gray shrunken leaf folded from end to end, there, an insect with open wings, and by the final stage a seashell hanging indefinitely in space, oddly deprived of the ocean. Treatments of the image revealed what was there all along, a moment rendered in sepia; everything becomes itself quite differently in shades of brown.

Contrast seems more congenial when phrased in black and white, hints of gray there for the occasional accent. But sepia is a bit more nostalgic in its ways. Here, antique images tell their story in three parts:

I.
What could have been a slightly curved surface, once in the fragrance and greenery of life,
twisted into a chalice, bent through changes of light, home
to a spider hidden in the midst of a single thread.

II.
And the eye of a dragon moth now peers beyond shadow
and foreground, introducing
an intrusion of contrast,

III.
A shell clinging to the edge of an otherwise forgotten life.

Allison Palmer is a writer, artist and municipal park ranger living in California, with work appearing in Adelaide Literary Magazine, The Bangalore Review, Belle Ombre and other publications. Inroads: An Urban Park Anthology, the writer’s first book, was published in 2020.