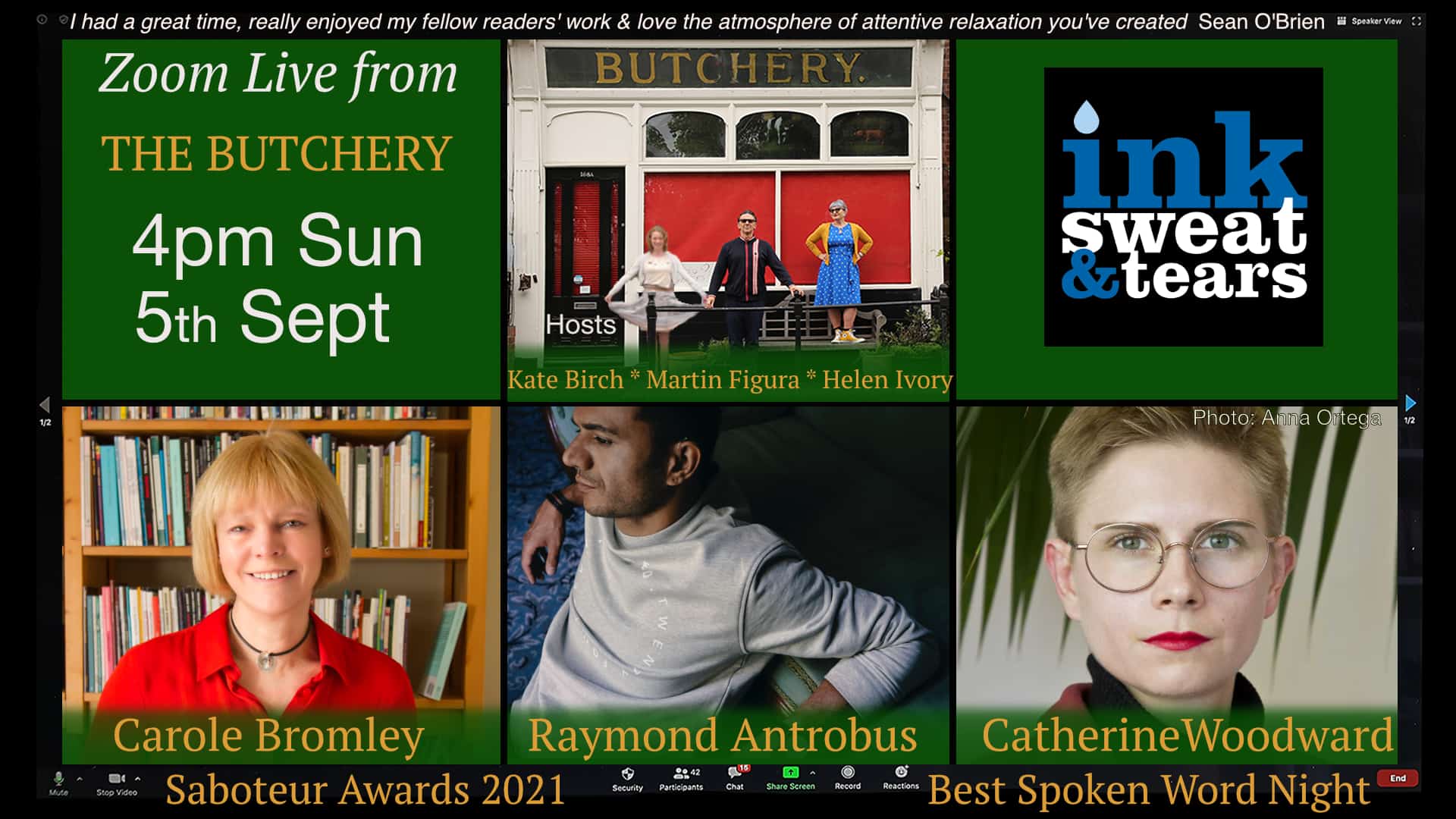 Please join us on zoom for live readings from Carole Bromely, Raymond Antrobus and Catherine Woodward on Sunday 5th September  at 4pm GMT.

When I heard that you’d gone missing
with your mobile phone, your chef’s whites,
that you’d vanished after locking your front door
and setting off to work, that no-one noticed
you on Melrosegate, I saw a jug of honesty
on your window-sill as I passed

and thought how many times I’d passed
that door before you went missing;
the tidy front garden, that papery honesty,
its moonwort seedpods turning white.
Soon every bus would have a notice
in the window, your face on every door,

the Spar, the chippie, your girl-next-door
smile, your blonde bob. Hardly a day passed
without a camera crew. We ceased to notice
the extra police lifting drain covers, not missing
a single inch of road. On the news your edgy, white-
faced father outside the Nag’s Head, pleading for honesty.

They said it was a local crime, that honesty
was essential or we’ll come to your door
asking questions. In our road that peeling white
door was knocked on. He must have passed
their test but pieces were missing,
someone must have seen, someone noticed

the girl in the Have You Seen Her notices
on every tree. It was a time for honesty-
those weeks after you went missing
when a policewoman stood all day at your door-
but, though the hunt intensified, time passed,
the notices flapped, got wet, went white,

white as the forensics’ overalls were white.
They were everywhere, intent on noticing
the smallest clue.  Normality or what passed
for normal was fragile then as that honesty
slowly turning to dust. Now your door
is for me the door of The Girl Who’s Missing

and I stand at your white step and, honestly,
did your neighbours notice nothing? A door
opens, a man passes, a world goes missing.

Carole Bromley is a York-based poet, winner of a number of prizes including the Bridport and the Hamish Canham Award. Three books with Smith/Doorstop, including one for children (Blast Off! 2017). Calder Valley published a pamphlet, Sodium 136, in 2019 and Valley Press a new collection, The Peregrine Falcons of York Minster, in 2020.  Website: https://www.carolebromleypoetry.co.uk/

Catherine Woodward’s first collection Sphinx was published by Salo Press in 2017, her second Blood. Flower. Joy! was published by Knives, Forks and Spoons Press in 2019. In 2018 she won the Ivan Juritz Prize for Creative Experiment. Cat’s current poetry project is a mytho-history of the city of Norwich. She studied for her PhD at The University of East Anglia, and she teaches creative writing.

Raymond Antrobus was born in London to an English mother and Jamaican father. He’s a Cave Canem Fellow and the author of To Sweeten Bitter (UK, Out-Spoken Press), The Perseverance (UK, Penned In The Margins / US, Tin House) and All The Names Given (US, Tin House / UK, Picador) as well as children’s picture book Can Bears Ski? (UK, Walker Books / US, Candlewick). He is the 2019 recipient of the Ted Hughes Award as well as the Sunday Times/University of Warwick Young Writer of the Year Award, and became the first poet to be awarded the Rathbone Folio Prize. His first full-length collection, The Perseverance was shortlisted for the Griffin Poetry Prize and The Forward Prize. He divides his time between London and New Orleans.  Website: www.raymondantrobus.com