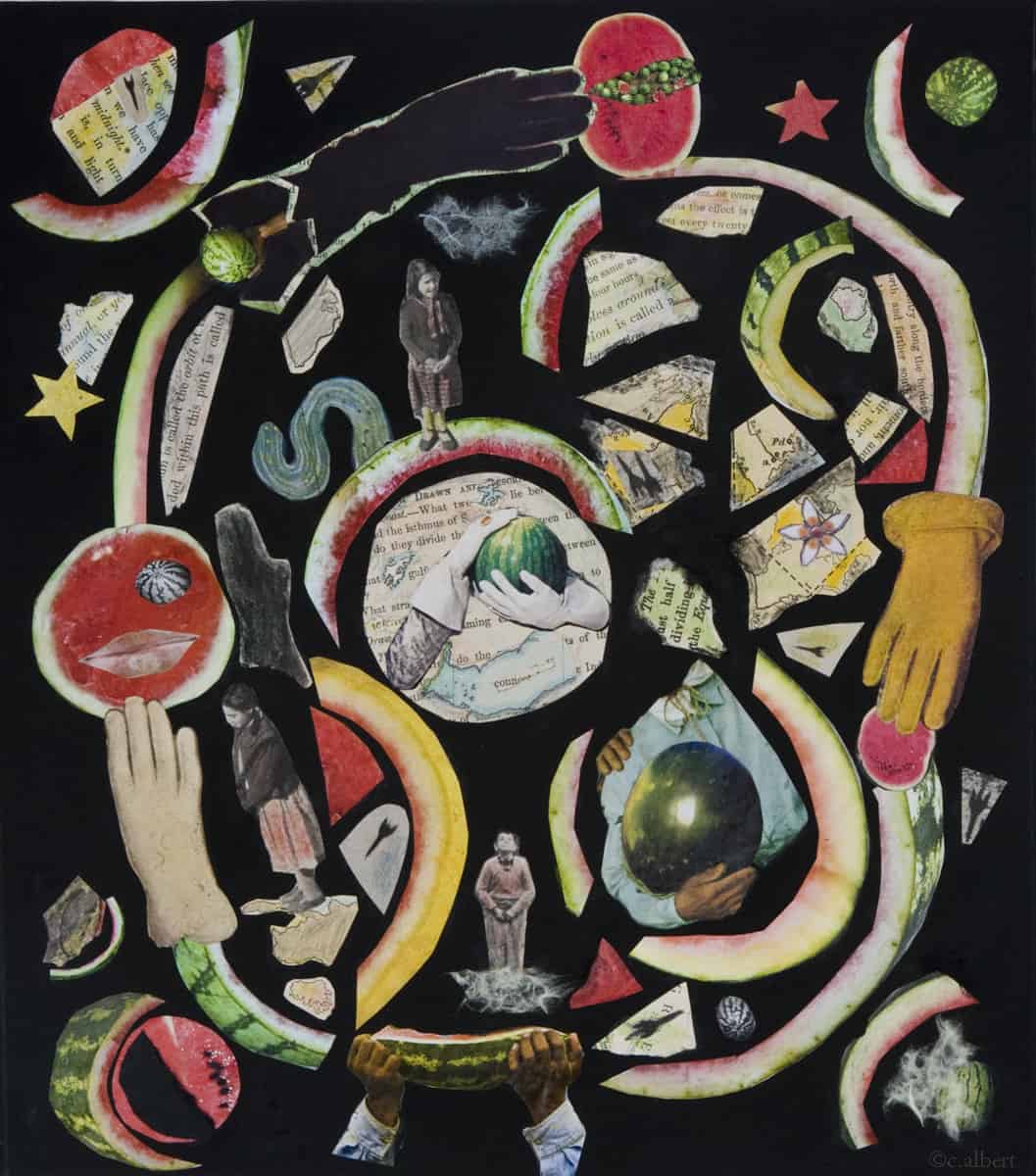 lost in camouflaged pieces of planet scatter.
Their shadows are as long as countries.

Children curious about the whole world
stand on the maps,
try to learn the names of places
where they belong.
They read about winds,

the north and the south. They don’t know
where the hemispheres have gone;
the moon is missing.

Nothing is certain, but they earnestly
hope to learn.

*The Watermelon Universe was originally published by Ink Sweat & Tears on 10th February 2011 when C Albert was artist/poet-in-residence.